The underground bunker is located west of the Department of Operations, the General Staff of the Vietnam’s People Army in the imperial citadel of Thang Long in downtown Hanoi.

It played an important role in the American war, especially during the 12 days and nights of the Hanoi-Dien Bien Phu air battle 40 years ago. Recently, the bunker was restored by the Thang Long Heritage Preservation Centre and was officially opened to tourists. 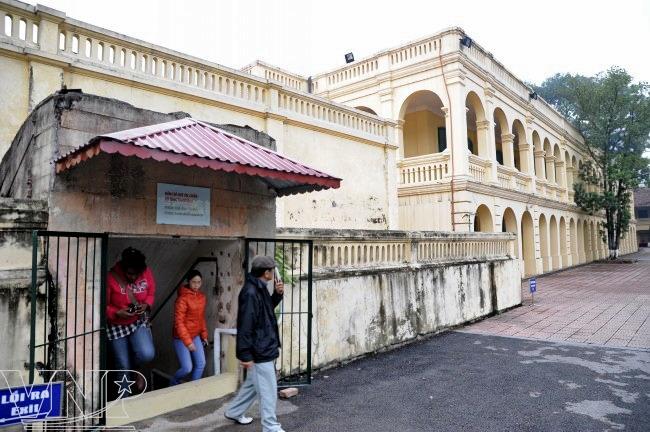 The top of the bunker is 1.4m above the land and its walls are 0.4m thick. With a system of air conditioning, filtering and ventilation, the bunker was considered one of the most modern of its kind that could provide shelter from atomic bombs.

The basement has three rooms with the largest covering 34m2. It was equipped with four booths. Each booth was installed with three telephones, a system of monitoring the air routes of both the US and Vietnam aircrafts, a war map, an alarm and a loudspeaker. 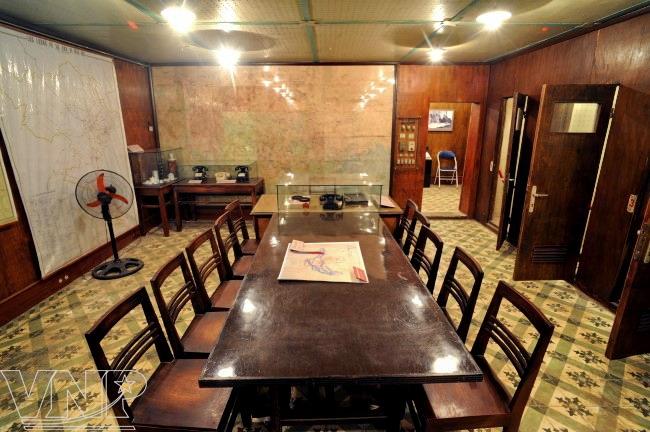 This was the ongoing work of the team in combat duty by the Department of Operations, the General Staff in charge, responsible for direct reply to President Ho Chi Minh when he asked and monitored hostilities in the northern battlefield as well as the Indochina war and made proposals to the General Staff of combat plans.

The tactical briefing room is the place where the warfare commanders organised continuous meetings and commanded the fight against the US, particularly the Hanoi-Dien Bien Phu air battle from December 18-29, 1972.

40 years have passed since the Paris Peace Accords were signed (1973-2013), and the bunker was opened to the public. 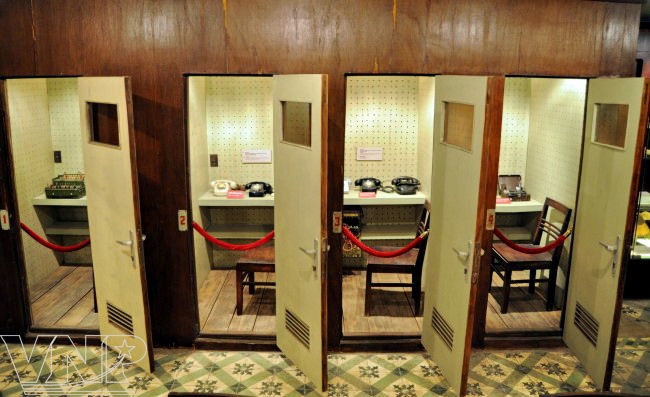 The Thang Long Heritage Preservation Centre restored the whole space of the relic, including wooden walls and ceiling and paper maps. The cadres of the centre collected 185 out of 197 artifacts and materials such as telephones, work diaries and utensils for the display in the bunker.

The opening of the warfare bunker helps visitors both at home and abroad understand the historical period of the brave fight and the victory of the army and people of Vietnam in the war against the US.

4 things you should know about Hanoi summer

Bánh trôi tàu – A warm Vietnamese dessert for a sweet...